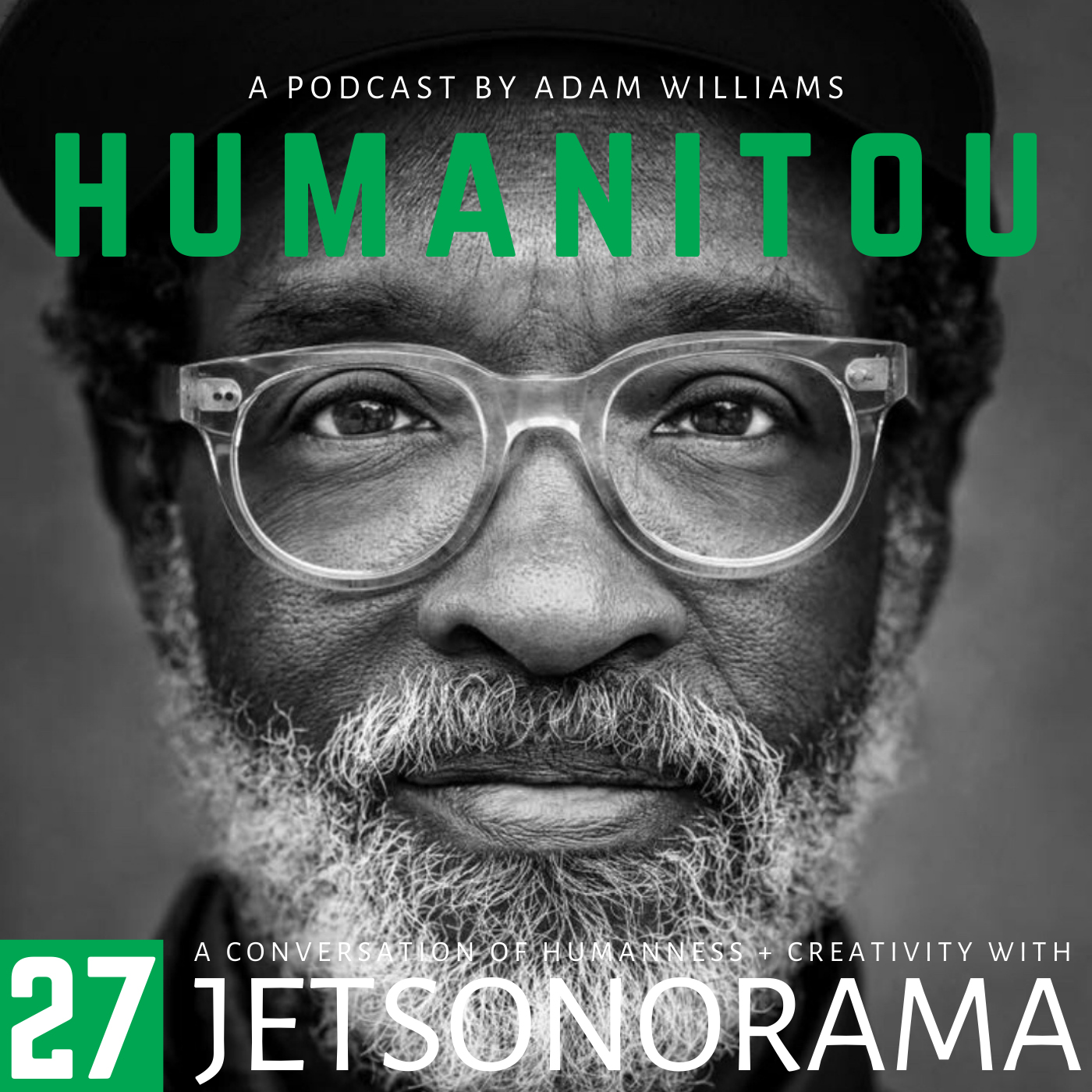 Dr. Chip Thomas, a.k.a. "Jetsonorama," as a boy, avoided the violence of school desegregation by spending a fateful few years in a Quaker community. He later carried those Quaker values with him into a four-year commitment to serve as a young doctor on the Navajo Nation. That was in the Eighties. He's still there, more than 30 years later, and has become an integral part of the community, not only as a doctor, but as a public artist and activist. In this conversation, we talk about Chip's recent selection by the United Nations as one of nine artists being highlighted for #UN75. We talk about the disproportionate suffering on the Navajo Nation and "soul wounds." Chip earned a Guinness World Record for a 12,000-mile cycling trek the length of Africa. And on another cycling adventure met the brink of death in the grip of a widow-maker heart attack. These things and much more in this episode of the Humanitou Podcast. Show notes at humanitou.com. Photo credit: Ben Moon

Show notes and transcript of this episode at humanitou.com/chip-thomas.