Humanitou: Conversations of Humanness + Creativity
91: Inaiah Lujan, prolific creator, dispels the myth of being a 'Jack of all trades, master of none' 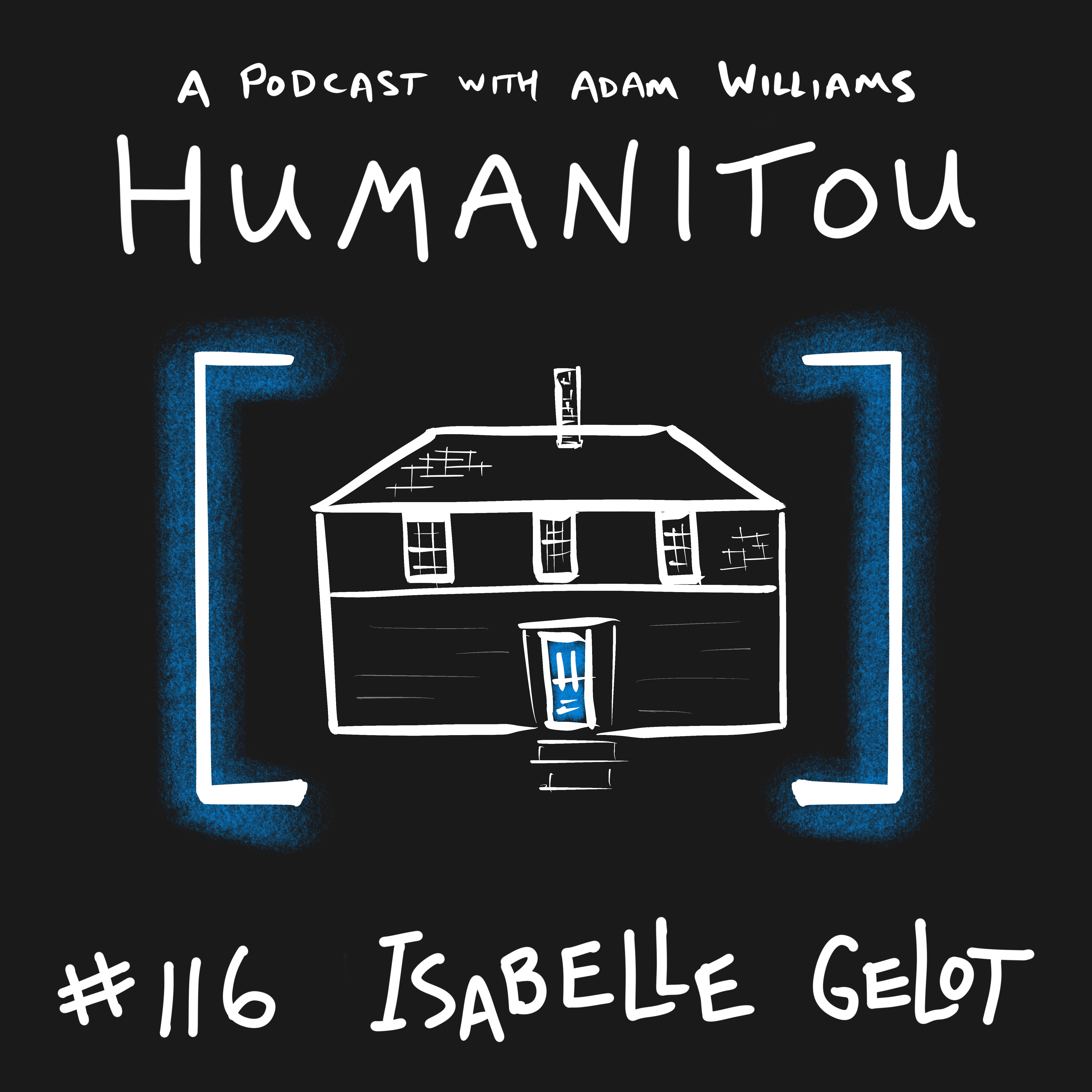 116: Isabelle Gelot, illustrator & designer, on thirsting for life, putting down roots in Maine, launching dreams and what it means to belong

Isabelle Gelot, a French illustrator and designer, and the heart of Isatopia, has shifted, at least for the time being, from a world traveling, semi-nomadic flow of life to one of home renovation and growing a vegetable garden, from light-filled cultural capitals to small-town life in Maine. We talk about this new kind of adventure and the phases of life, the gift -- and sometimes burden -- of curiosity, and what it means to belong. It turns out there's no word for "belonging" in French. But that doesn't stop us from trying to figure it out anyway. We also talk about the call Isabelle felt from the city to the ocean. Among other things. More at humanitou.com. ----MORE---- Humanitou is created, produced and hosted by Adam Williams. Show notes and transcript of this episode at humanitou.com/isabelle-gelot. Follow on Instagram @humanitou Support the Humanitou Podcast: https://humanitou.com/support-humanitou/ About Humanitou: https://humanitou.com/about/ Media Kit: https://humanitou.com/media-kit/ ... 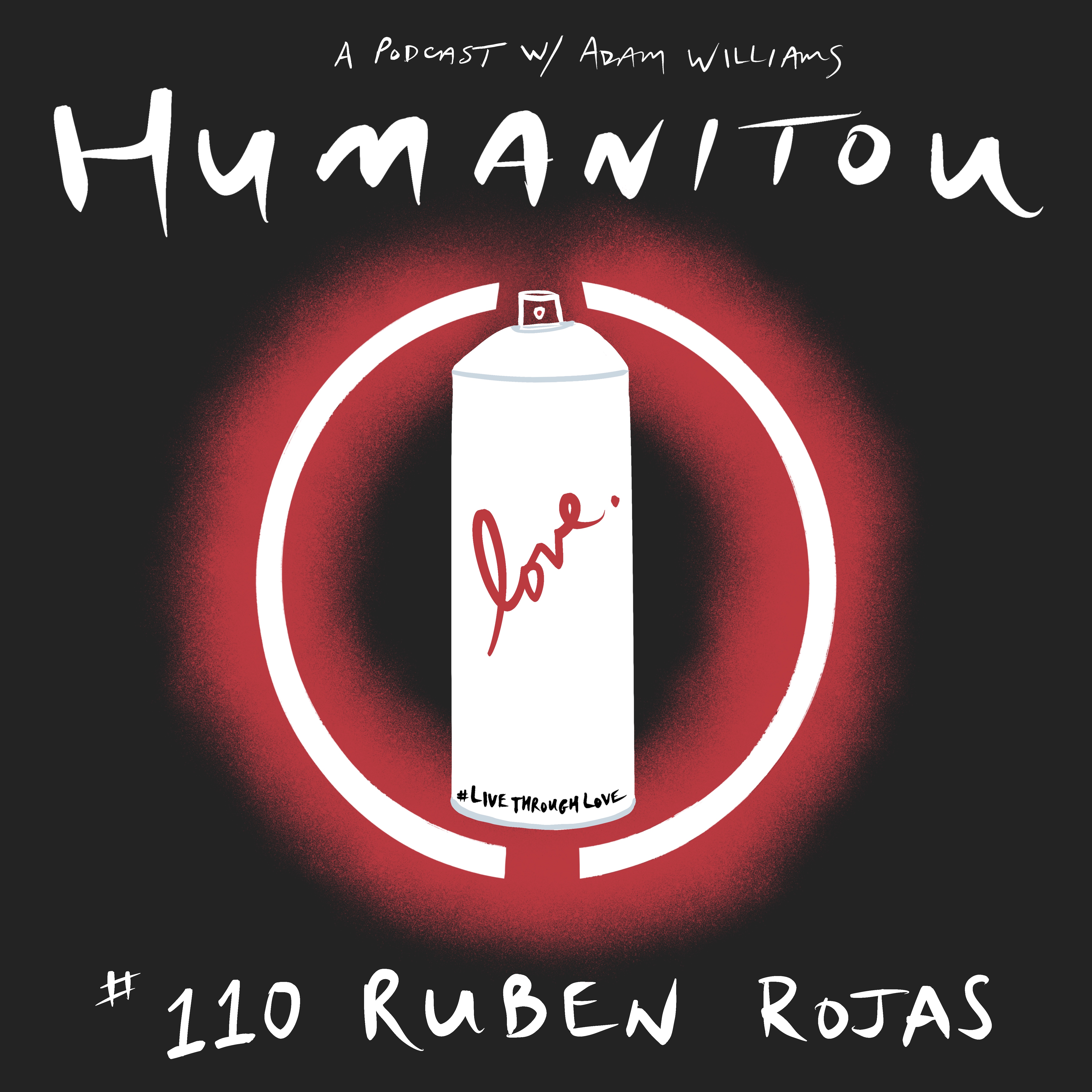 110: Ruben Rojas, muralist and co-founder of Beautify Earth, on living through love, losing it all and what really matters

Ruben Rojas is a muralist, poet and activist who was on a path to becoming an orthopedic surgeon, then left it behind for big money in the real estate game -- and then lost everything. In this conversation, we talk about that hero's journey, the ups and downs, building up again from bankruptcy and, ultimately, becoming known throughout L.A. and far beyond as an artist who inspires others to live through love. We talk about love in the context of masculinity, strength and weakness. We talk about vulnerability and ego and what really matters. And we get into that personal practice of shifting from fear to love, so that we actually can and do act from a place of love and make the world a better place. Among other things. More at humanitou.com. ----MORE---- Humanitou is created, produced and hosted by Adam Williams. Show notes and transcript of this episode at humanitou.com/ruben-rojas-muralist-beautify-earth. Follow on Instagram @humanitou Support the Humanitou Podcast: https://humanitou.com/support-humanitou/ About Humanitou: https://humanitou.com/about/ Media Kit: https://humanitou.com/media-kit/ ... 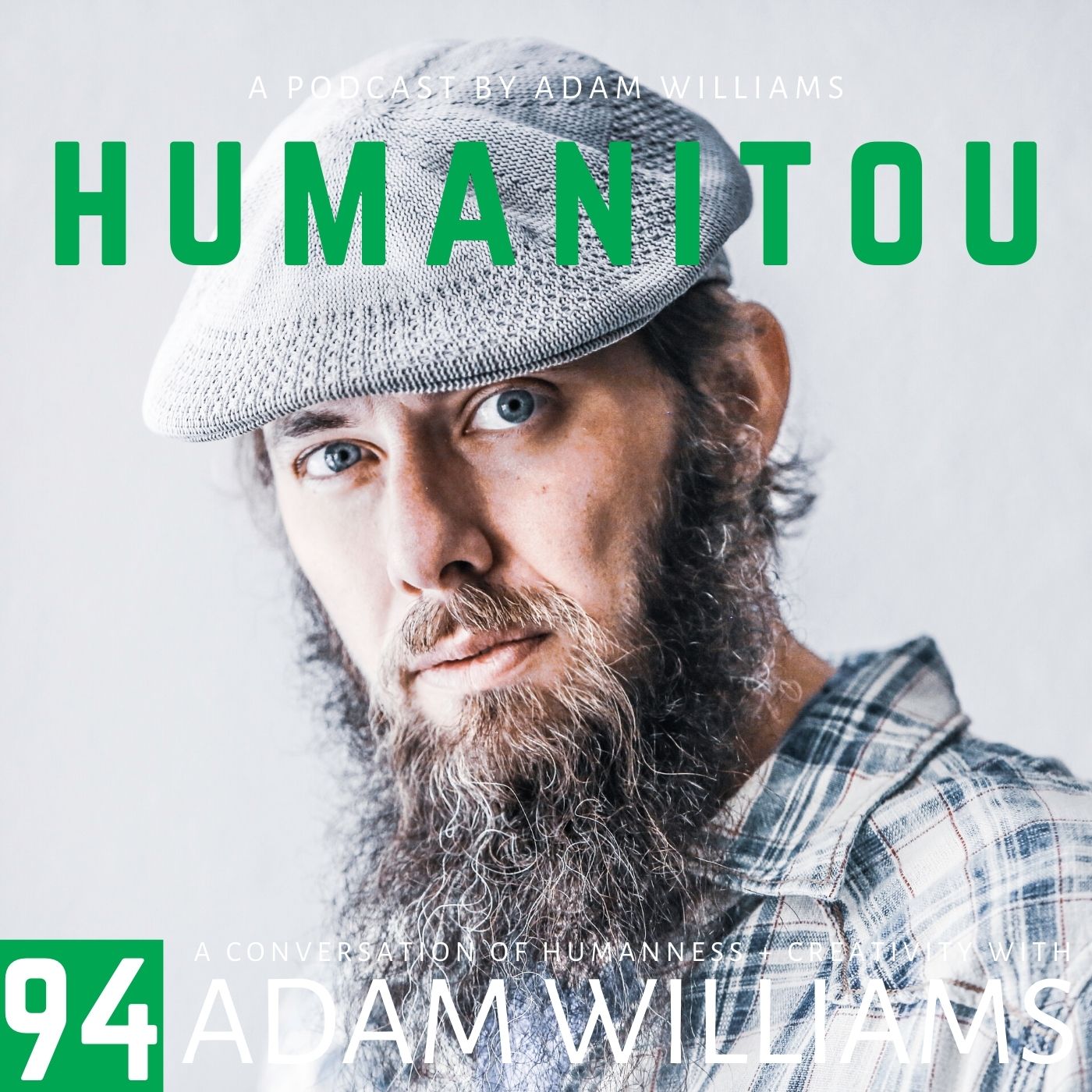 In this episode, Adam Williams, creator and host of Humanitou, which typically features guests in "conversations of humanness and creativity," is riding solo and launching something new. Starting with this episode, Adam is committing to a series of five solo episodes mixed in with the coming months' conversations. In these, he explores his own humanness and creativity through topics that are relevant to listeners' own senses of humanity. He also draws upon other resources, like some of the amazing creators who join him for the Humanitou Podcast, and from others whose work and names you'll likely recognize. Authors, artists, spiritual teachers, leading lights, voices and creators. Names spotlighted in this episode: Elizabeth Gilbert, Julia Cameron, Steven Pressfield, Inaiah Lujan -- and you might catch Brené Brown's name, too. This and all things Humanitou at humanitou.com.     ----MORE---- Humanitou is created, hosted and produced by Adam Williams. Show notes and transcript of this episode at https://humanitou.com/creative-resistance/. Follow on Instagram @humanitou Support Humanitou: https://humanitou.com/support-humanitou/ About Humanitou: https://humanitou.com/about/ Media Kit: https://humanitou.com/media-kit/ ...